On August 16 2019, the Y10 Japanese class and a Y13 History class went to the library and heard guest speakers, Mrs Takako Kuroda and Mr Aki Kuroda. They came and talked about their survival story of the Hiroshima bombing on August 6th 1945.  Aki was 2 and half years old and Takako was still in her mother’s womb.  The bomb dropped on the centre of Hiroshima City and had a devastation radius of 3km.

Due to the radiation, Aki lost red and white bloods cells and Takako developed anaemia.  Her hair turned white in her 20s.  Her siblings were all born with disabilities due to the radiation that their mother was exposed to. They all unfortunately passed away and only Takako survived.

Many people who survived the bombing had terrible radiation burns called Keloid.  Aki shared the story of when he saw a lady being bullied by naughty boys and even after 60 years he regrets not saying anything and not being able to do anything to help her. We felt very sad that the people of Hiroshima had to go through these awful experiences.

When listening to their experiences, we felt that the production of nuclear power plants should be abolished all around the world as New Zealand did in 1987.  They explained that we, young people, should tell more people about the dangers of nuclear power because we will also spread the word as every change starts with just one person. We admire how brave they were to be able to share their story and help raise awareness. 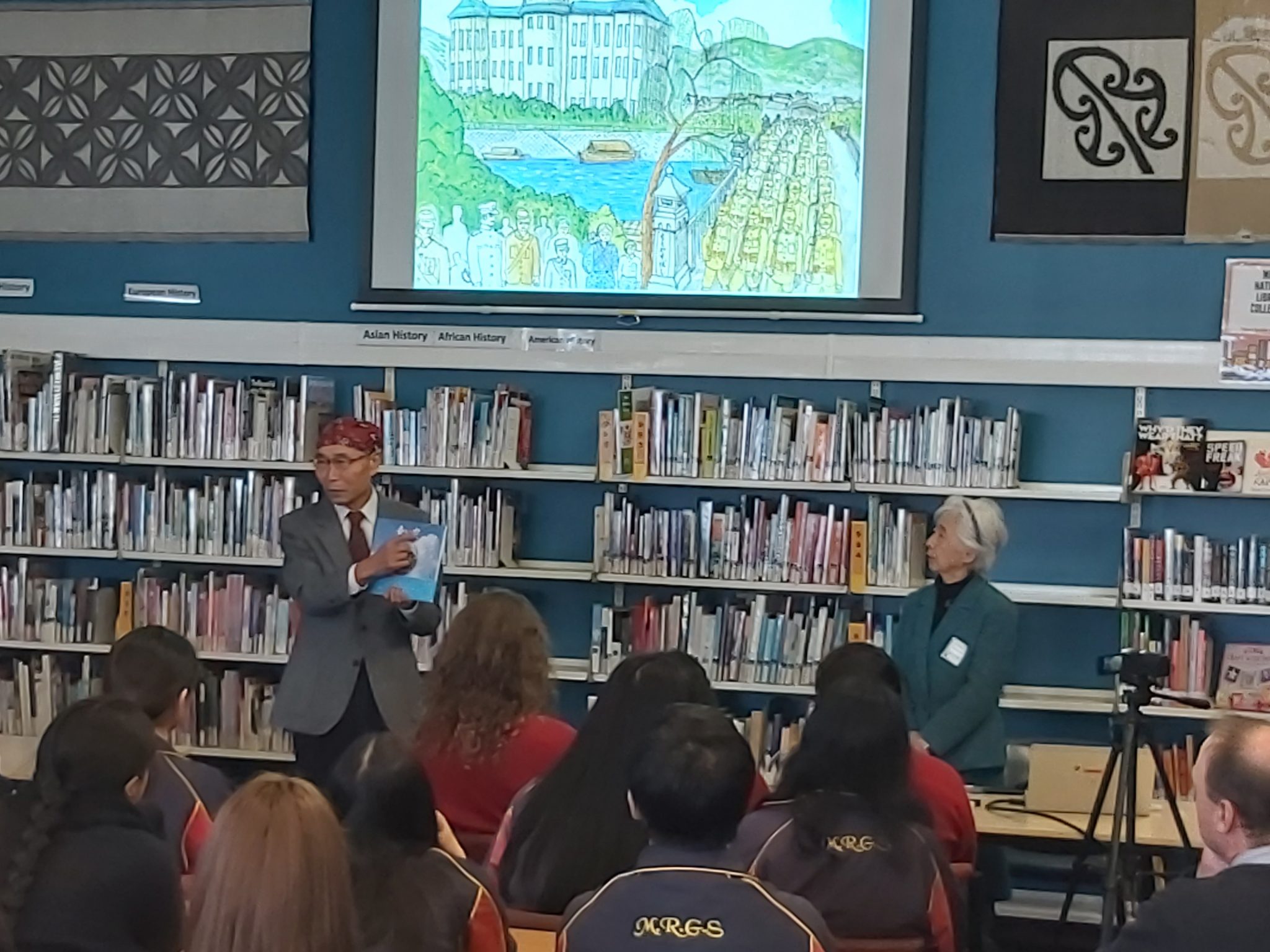 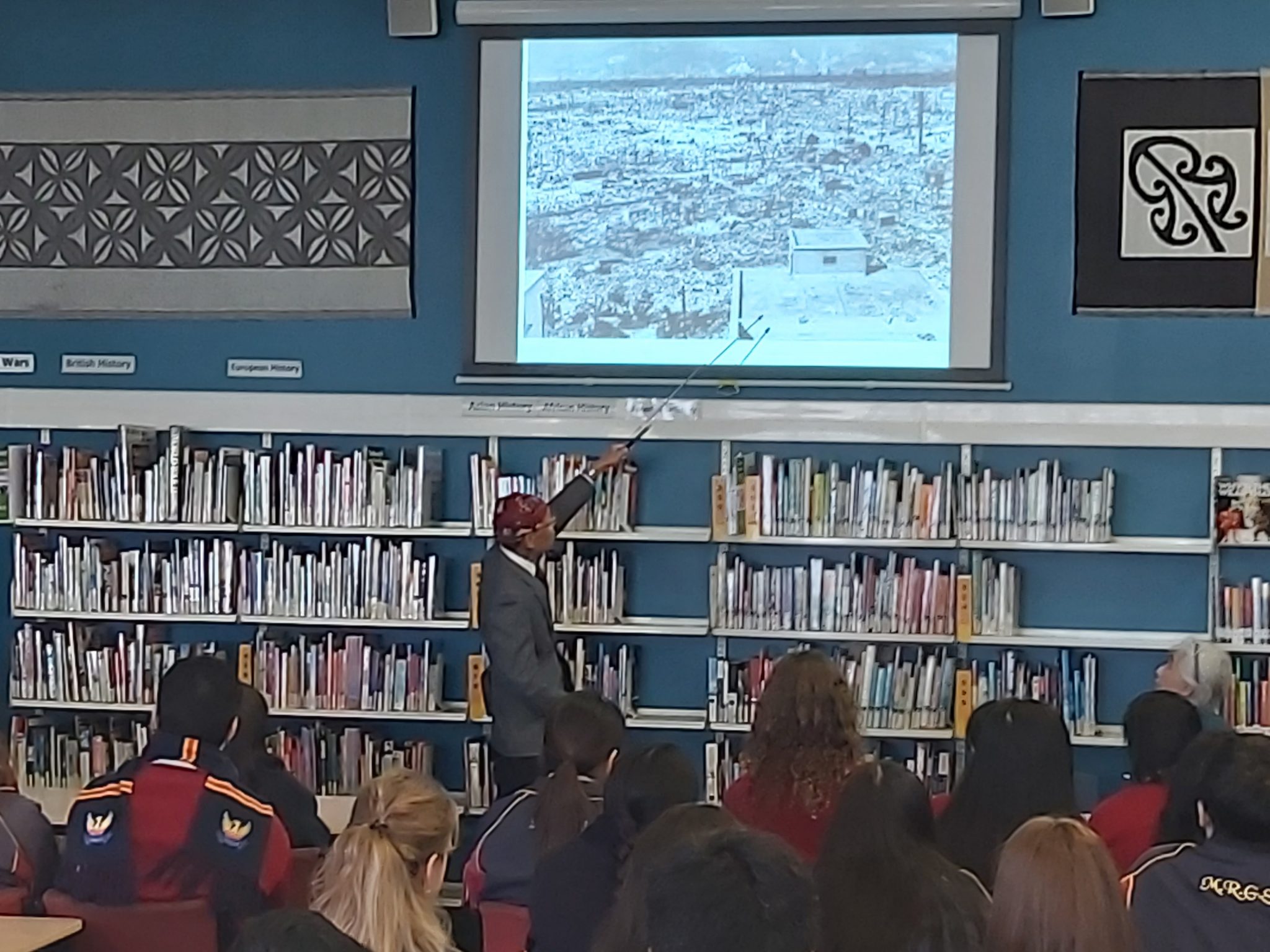 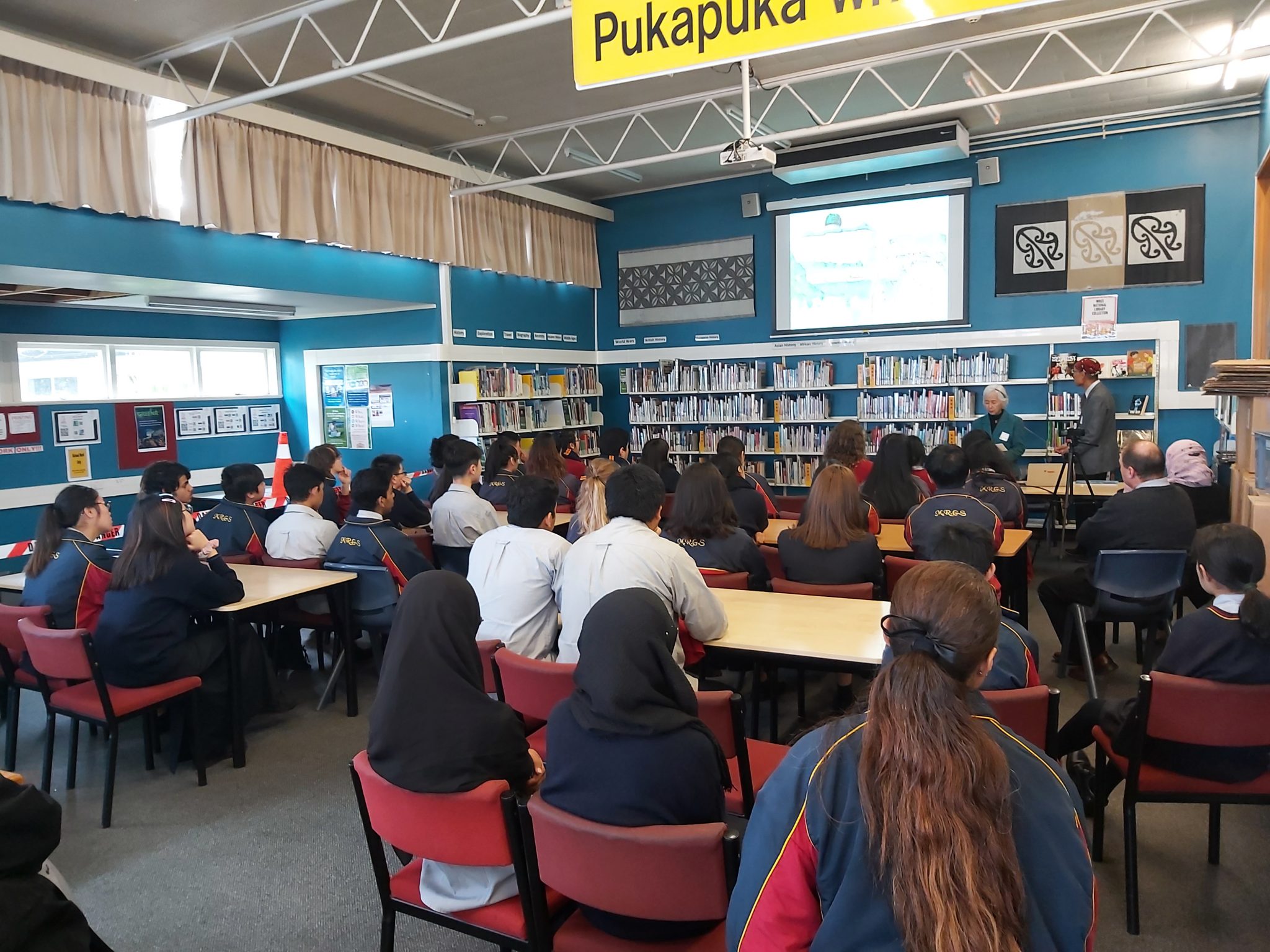 You might also like
One of the following
Ministry of Education NZ
This week: Tuesday: Year 9s & new students pōwhiri. Newbies to gather in Gym 3 from 9am (there will be people to direct you if …
Waitangi Day A day to reflect and continue the journey of Te Tiriti o Waitangi.
ARK update https://www.facebook.com/reel/947658256220696/?flite=scwspnss
Recent Posts
Archives