« Le Boeuf Bourguignon, la Salade au chèvre chaud et la Mousse au Chocolat »  – just a few of the options on the menu at ‘Le Garde Manger’, a French restaurant located near the top of Queen Street. On Monday 12th of April, the Year 11, Year 12 and Year 13 MRGS French students got to experience all this on their French dinner trip for 2021.

Arriving outside the restaurant, students got their first chance to have a look inside the windows of the restaurant. Once inside, the atmosphere was what can only be described as truly French, with red checkered tablecloths and French music playing in the background.

Soon after we were seated, we ordered in French, and the first course was served, followed by the main course a while later. In between courses, some students chose to make use of the piano at the restaurant and played some music, adding to the lively French atmosphere. Halfway through the night, Mr McAlpine and Miss Robertson began the prize draw. There were a number of prizes available, including French keyrings, CDs of French pop music and some “Bonne Maman” jam – a French brand. Names were drawn out of a hat, the person chosen was allowed to come up and choose a prize. Soon after the prize draw, the desserts were served. Students were able to choose between a Crème Brulée and a Mousse au Chocolat – both were delicious! After the dessert, the night came to a close. Everyone said their goodbyes and returned home after what was a truly memorable night. 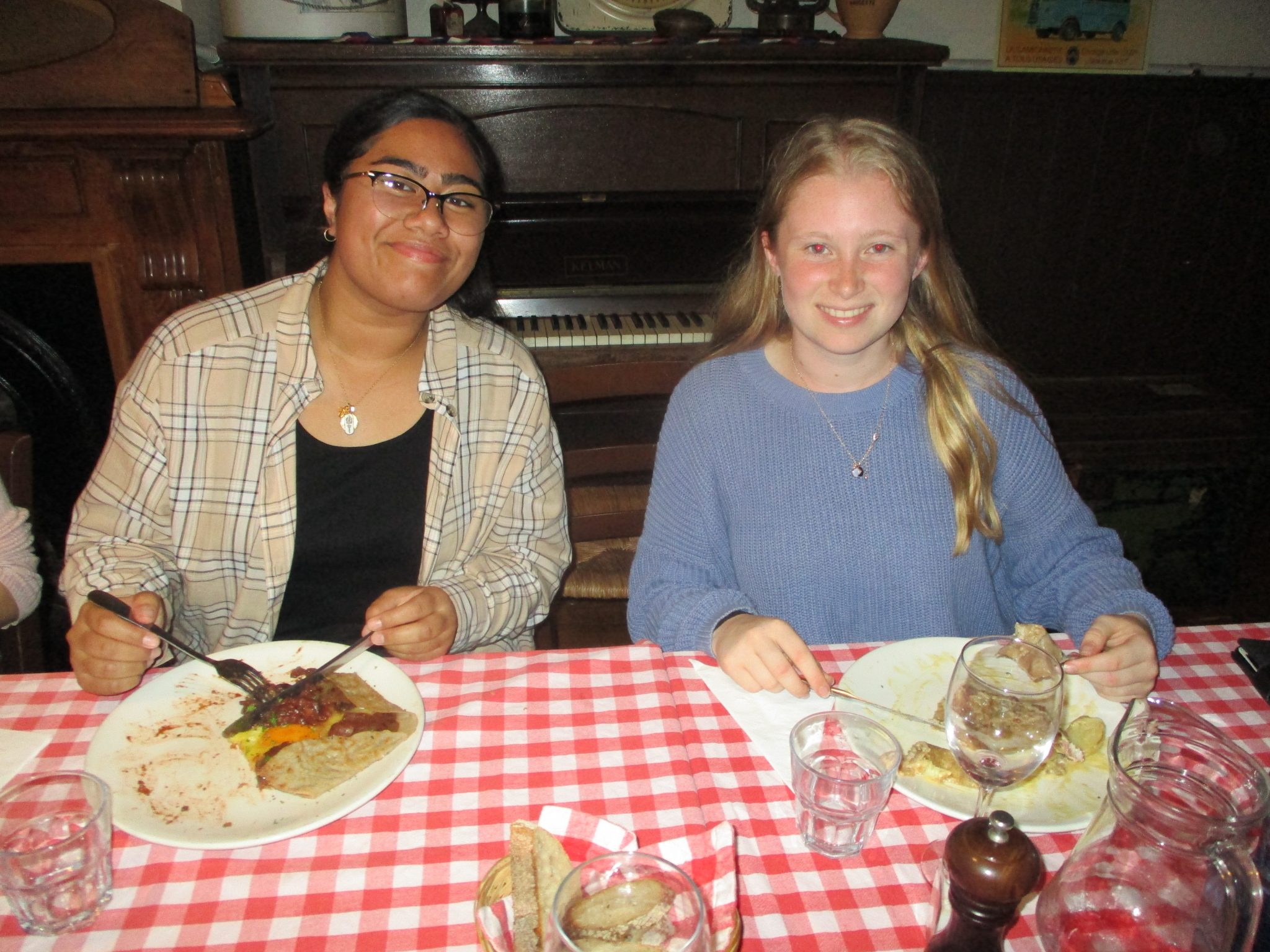 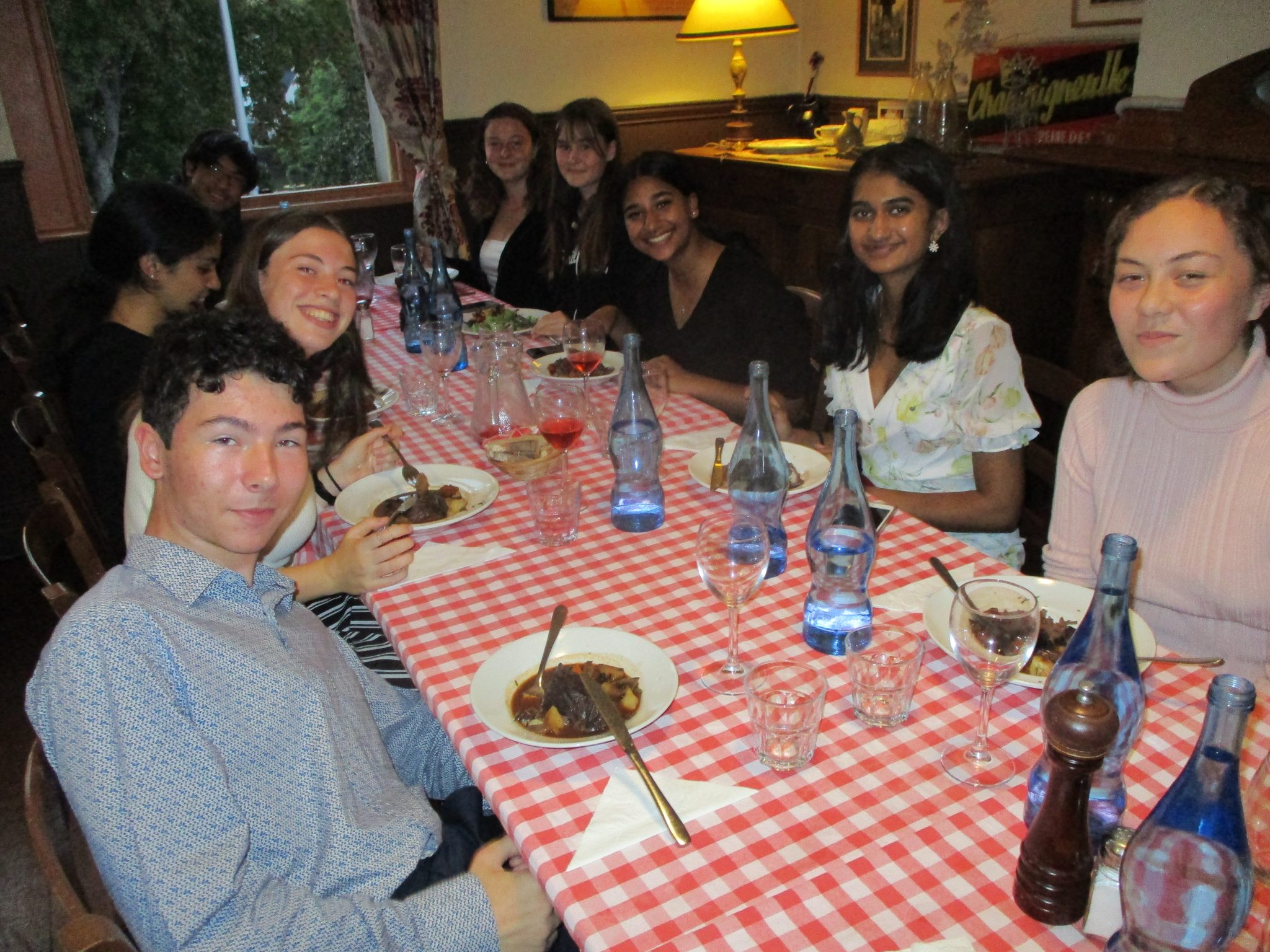 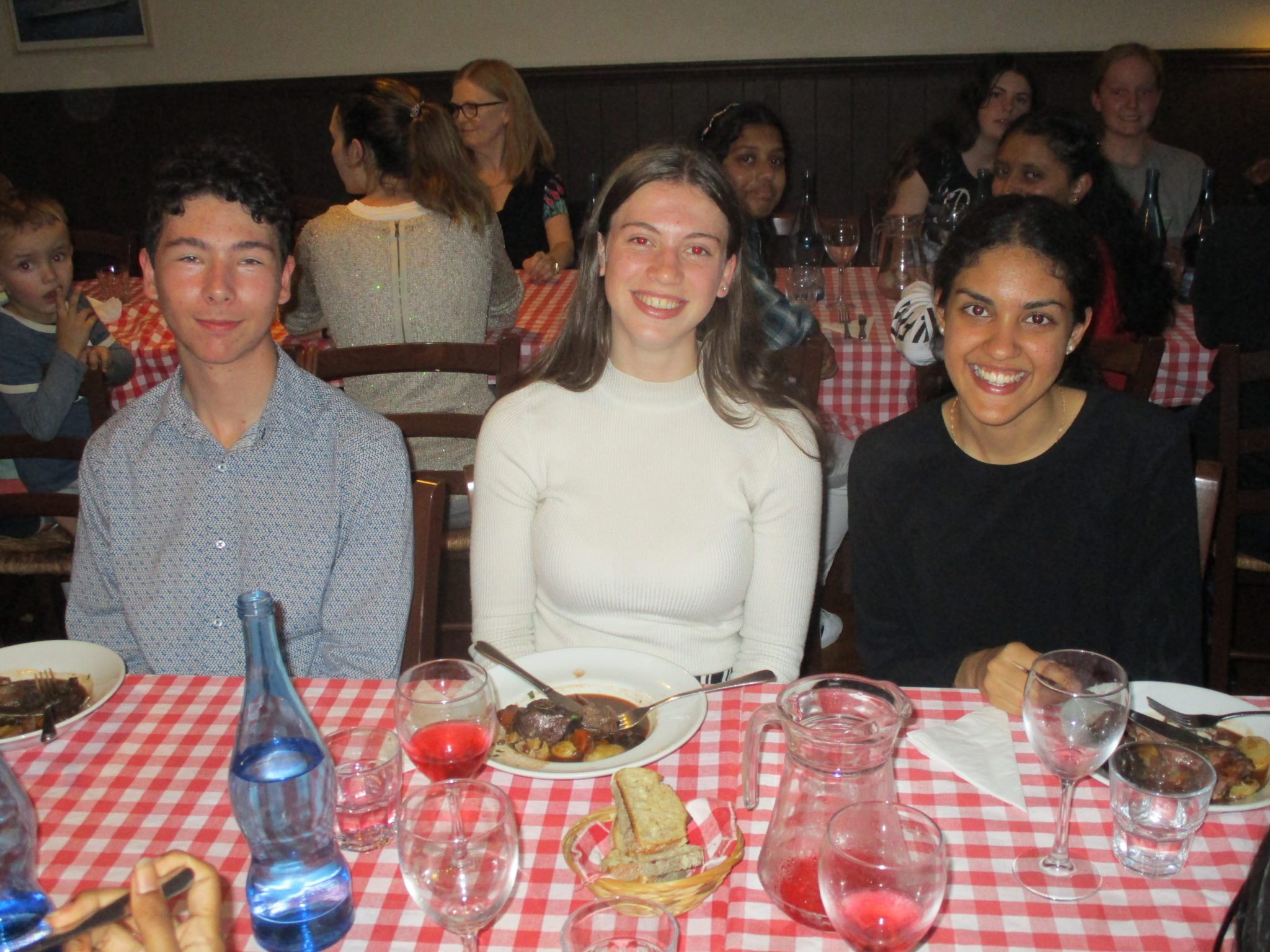 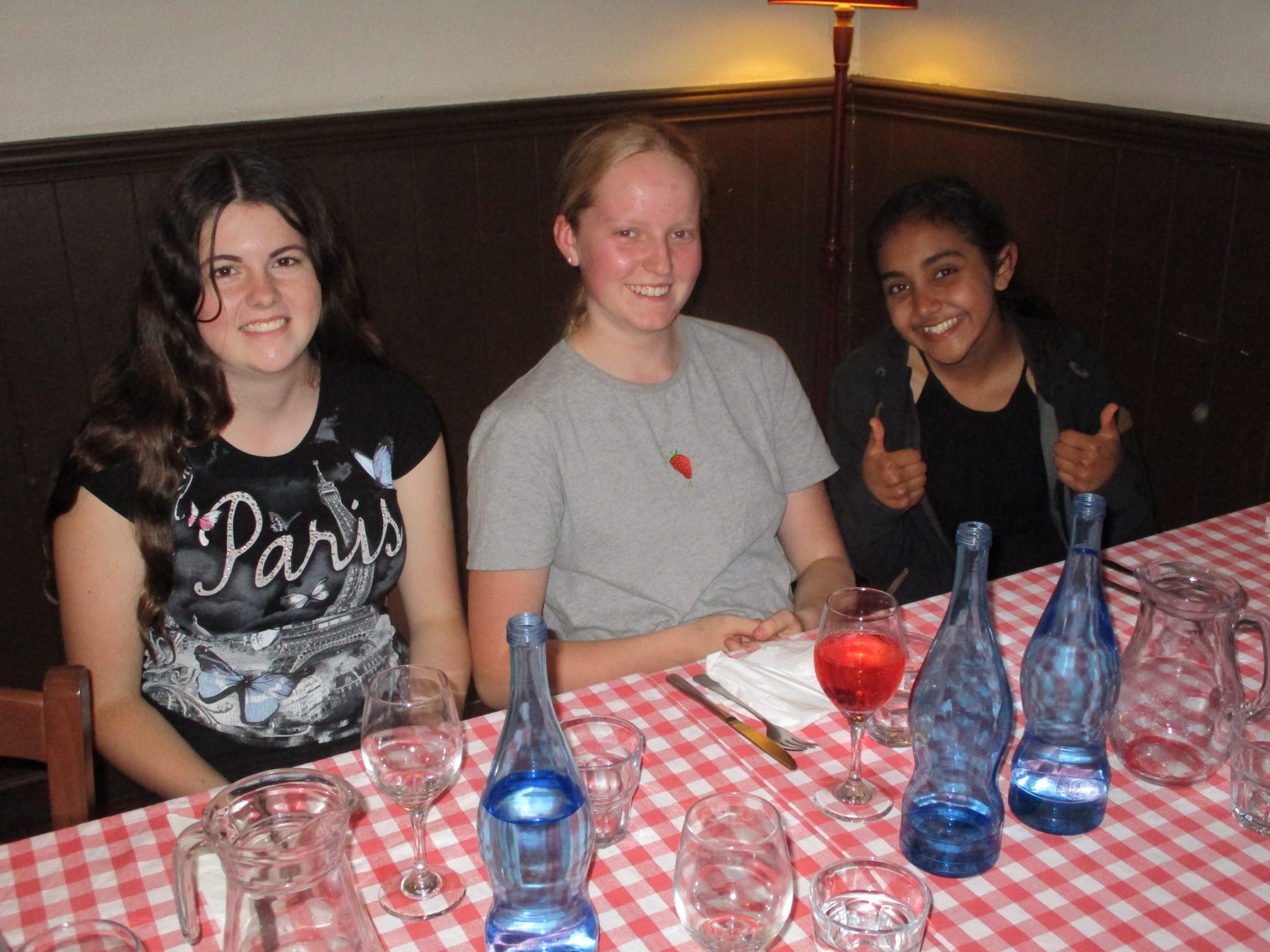