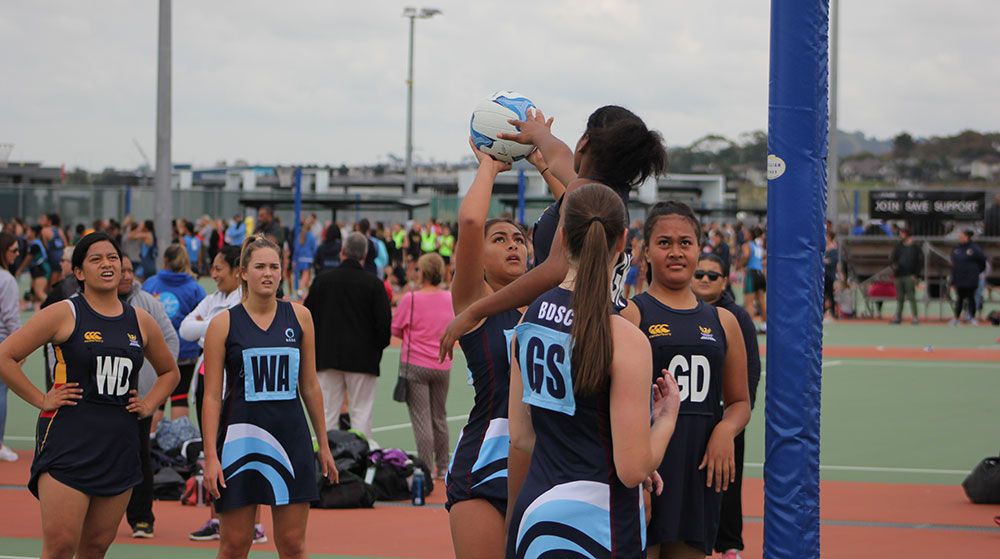 Competition: The Premier Senior team play on Tuesday evenings in the Netball Waitakere Premier Competition at the Te Pai Netball Centre. All other teams play at Auckland Netball Centre (7 Allison Ferguson Drive, St Johns) on Saturday mornings. Competition runs through Term 2 and 3-4 weeks into Term 3. Our top netball teams for each year level enter in the Auckland Combined Points Tournament in Term 3.

Training: Training times vary for all teams. We utilize our indoor and outdoor facilities to provide quality coaching for all teams.

Parent help: We require all students to transport themselves to and from Auckland Netball Centre. Parents are welcome to volunteer their time with the roles of coach, manager or scoring.